Now Carrying Birch Syrup made in Alaska!
Birch syrup is just one of the many natural renewable resources Alaska has to offer. Tapped from naturally growing Alaskan birch trees. This birch sap is turned into syrup using a traditional method of reduction, including reverse osmosis and evaporators. Alaska Birch syrup is known for its distinctively dark, rich color, and caramel-like flavor.
Birch Vs. Maple
Birch sap has a much shorter tapping season than Maple sap, and is more sensitive to temperature. It takes 40 gallons of maple sap to make 1 gallon of maple syrup. You need over 100 gallons of birch sap to make 1 gallon of birch syrup. In the United States alone, there are over 4 million gallons of maple syrup produced per year. Less than 5000 gallons of birch syrup is produced worldwide every year.
100% Pure Alaska Birch Syrup is a truly unique and delicious treat! 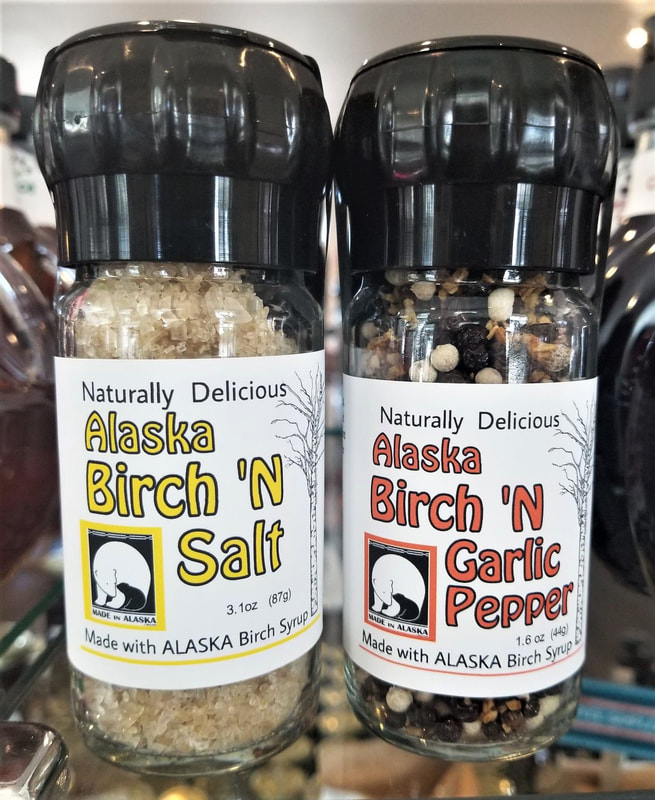